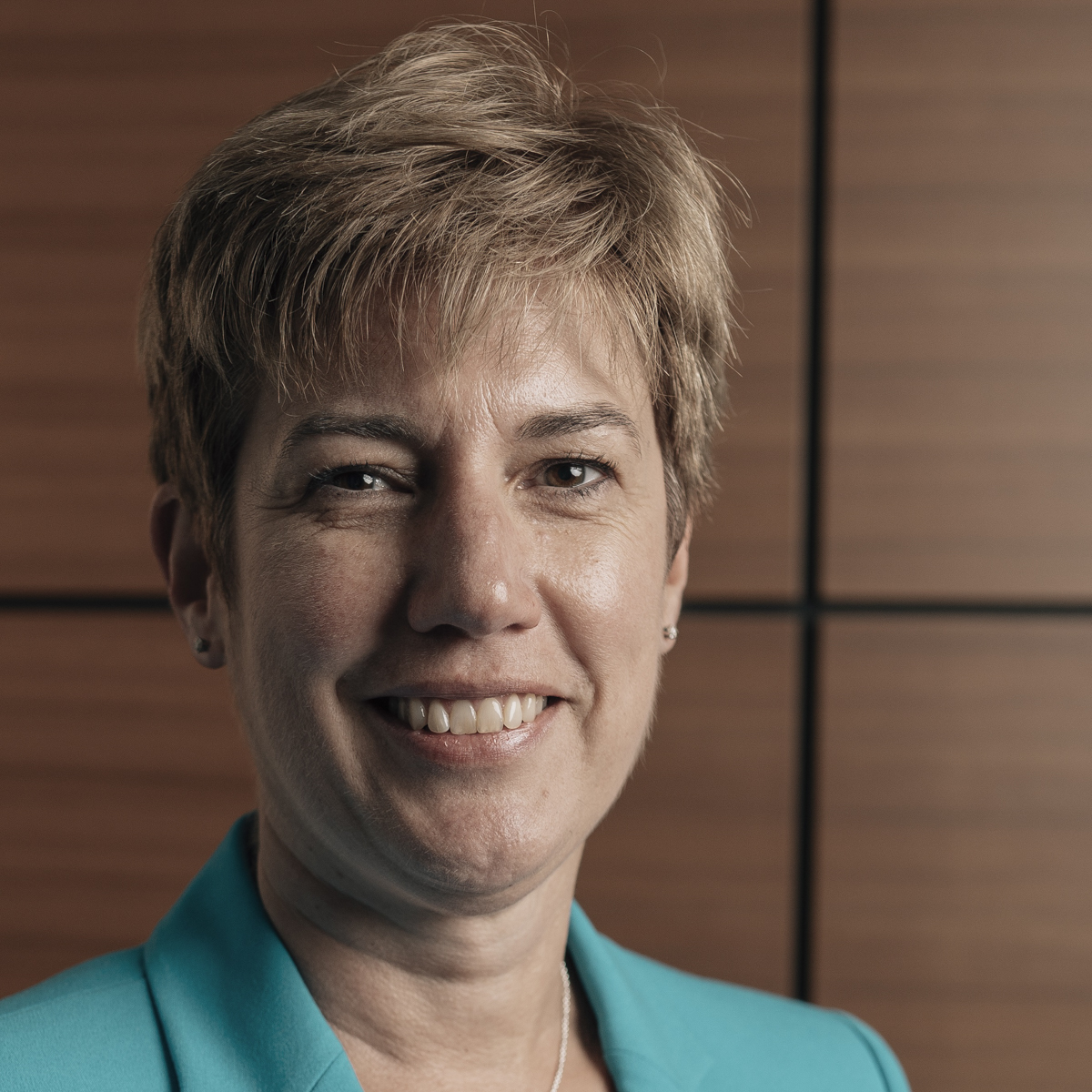 Angela Pappin, Chief Transformation Officer, ArcelorMittal Dofasco, is a graduate of McMaster University’s Faculty of Engineering (Mechanical Engineering, 1988). She is currently a member of the Faculty’s Dean's Advisory Board, offering input and guidance on choosing future directions, facing complex challenges, setting priorities, and garnering the additional resources necessary to maintain and enhance the Faculty’s excellence.

Angela was drawn to engineering thanks to her father, John Gerum, who was an electrician at Dofasco, in Hamilton, ON. He encouraged his daughter and two sons equally and all three went on to enter McMaster University for Engineering. Angela contends she chose Engineering for three reasons. First, her family as her father encouraged her to pursue anything she wanted to and her two brothers were already studying engineering at McMaster. Second, her love of science and math
coupled with a bent to pragmatism that led her to see engineering as a good path to a permanent job. Third, she felt Engineering could be a stepping stone to future career choices like teaching, law, research or medicine.

However, it was during her summer job at Dofasco that Angela began to experience the potential and opportunities in a permanent Engineering career. She joined Dofasco as a permanent employee in 1988 as a Tin Plate Products Stream Engineer. Her career has included cross functional appointments including market and product development, engineering, energy management, manufacturing and corporate strategy. In 2014, Angela was first appointed to ArcelorMittal Dofasco’s Executive Team, as VP Technology, after having held senior roles throughout technology including General Manager, Metallurgy and Quality, and Business Unit Manager of Cold Roll and Tinplate Technology. Angela is a recognized expert in Tin Plate steel production and a past Chair of the American Iron and Steel Institute’s Metallurgical Committee on Tin Mill Practice.

In 2018, Angela was appointed VP Manufacturing, at ArcelorMittal Dofasco the first female to ever hold the role in the company’s 106-year history. In July, 2019 she was appointed Chief Transformation Officer. This current assignment has Angela at the helm of a program to work with all areas and levels of ArcelorMittal Dofasco to accelerate the company’s adoption of technology and challenge assumptions about the way employees work, creating a leaner, more efficient and more productive organization that provides its employees with a more rewarding work experience.

An important area of focus for Angela is increasing the number of women in STEM careers as well as inspiring women within the metals industry. To that end she is a member of Canadian Manufacturers and Exporters (CME) Women in Manufacturing Advisory Committee and the Gender Equality Network Canada, a unique initiative three-year initiative to advance gender equality in Canada funded by the Department for Women and Gender Equality (formerly Status of Women Canada), a federal department working to advance equality for women.

As part of the Gender Equality Network, Angela is a member of the YWCA Equitable Pathways to Technical Fields and Skilled Trades Committee. She has been recognized for her many contributions including being nominated for the 2019 YWCA Women of Distinction Awards in the Business Leadership, Entrepreneurship category, being awarded the McMaster University Faculty of Engineering Leadership Award in 2019 and being inducted as a Fellow into the Canadian Academy of Engineering in 2018. CAE fellows are nominated and elected for their distinguished achievements and career-long service to the engineering profession.